A message from Anonymous 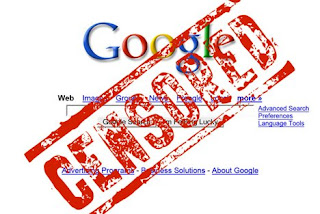 The Stop Online Piracy Act (SOPA) is a senate bill introduced on May 11, 2011 by Senator Patrick Leahy.   This bill is designed to give the government and copyright owners powers that could block websites that are labled as "rogue sites that are dedicated to infrigning and counterfiet goods".
Any website that even provides a backlink to any website that could contain copyrighted material, could be blocked.  For example Google would be in trouble since you can find basically every single website in the world on their search engine.  That would be enough for the SOPA act to target them in lawsuits.  Facebook and Twitter would have to also censor all users since the users could cause them to be sued if they were to upload anything that may potentially be copyrighted.  Or furthermore post a link to any website that might contain access to copyright infringed material.  This Bill will fundementally destroy the whole process that is the Internet.
This bill would also make unauthorized media sharing a felony.  Ordinary users on Facebook or Twitter could be imprisoned for up to five years for simply pressing the share button on a questionable piece of music or material and be actually committing a felony for that act.

Fight for the Future has published a special 3-minute video trying to explain the damage that SOPA could cause.


PROTECT IP / SOPA Breaks The Internet from Fight for the Future on Vimeo.

We must act soon to stop this bill.   We need 41 senators to reject this bill on January 24th 2011.
Ron Paul has blasted The SOPA bill on his campaign trail as well
please visit  http://americancensorship.org/  to help out now.